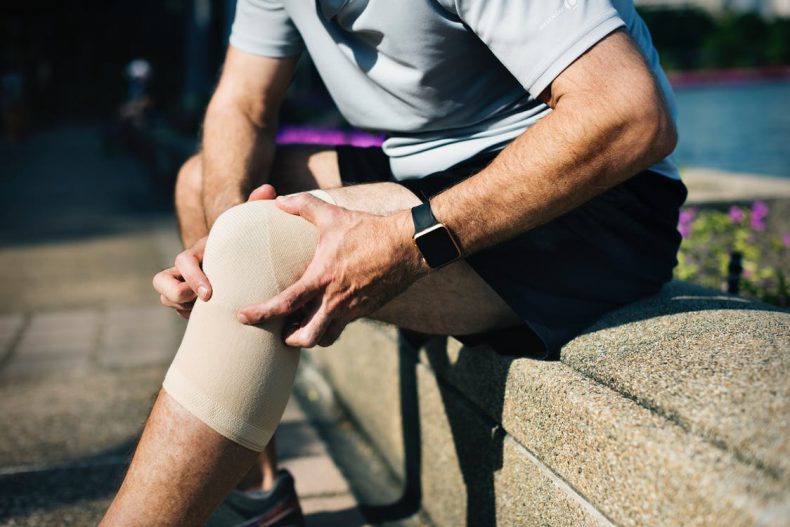 Ever suffered with a hamstring strain? Well a strain is when a muscle is stretched too much and tears. It is also called a pulled muscle. A strain is a painful injury. It can be caused by an accident, overusing a muscle, or using a muscle in the wrong way

A strain may be caused by:

The hamstrings are tendons (strong bands of tissue) at the back of the thighs that attach the large thigh muscle to the bone. These group muscles located in the posterior compartment of the thigh are collectively known as the hamstrings. They consist of the biceps femoris, semitendinosus and semimembranosus, which form prominent tendons medially and laterally at the back of the knee. These muscles origin, insertion and actions are broken down;

2. Semitendinosus  –  The semitendinosus is a largely tendinous muscle. It lies medially to the biceps femoris, and covers the majority of the semimembranosus.

3. Semimembranosus- the semimembranosus muscle is flattened and broad. It is located underneath the semitendinosus.

A hamstring injury can occur if any of the tendons or muscles are stretched beyond their limit. They often occur during sudden, explosive movements, such as sprinting, lunging or jumping. But they can also occur more gradually, or during slower movements that overstretch your hamstring. Recurring injury is common in athletes and sportsmen, as you’re more likely to injure your hamstring if you’ve injured it before.

Recovering from a hamstring injury may take days, weeks or months, depending on how severe the strain or tear is.
A completely torn hamstring (grade 3) may take several months to heal and you’ll be unable to resume training or play sport during this time.

If you’ve read this and have suffered with a hamstring strain or know anyone that has then consider seeing your GP, local sports therapist or physiotherapist.