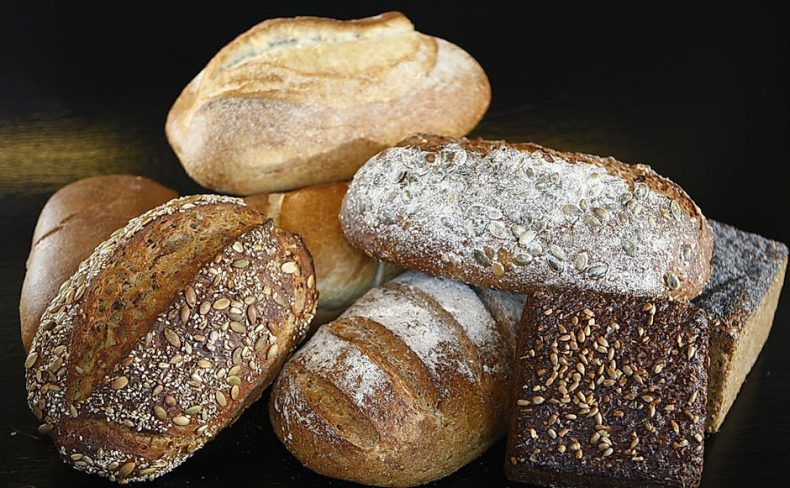 Carbs have been demonized, gluten has been demonized and unfortunately bread falls into both. I believe that it is often a misconception that bread is some kind of instant fat making food of all evil…and it is just not the case.

I often hear people say “Yeah bread is so bad for you, as soon as I cut it out of my diet I lost weight.” Whilst this may have some truth, it is not exactly the absence of bread that could have caused this weight loss, but actually just cutting out the calories from the bread. So, let’s break down the bad rep on bread, slice by slice.

There are so many different types of bread

Traditionally basic bread is made up of 4 simple ingredients, flour, water, salt and yeast. Unlike a lot of packaged supermarket breads, traditional bread doesn’t contain preservatives and goes stale very quickly. This is why many European countries will buy their bread fresh every day. However, there aren’t just two kinds of bread in the world, one with and one without preservatives, there are many other breads that actually have nutritional value. From sourdough to rye bread they all contain different amounts of fibre and some even contain good sources of omega 3 such as those with flaxseed. So, they can’t all be that bad, surely?

Gluten, should you avoid it?

Traditionally bread contains gluten and I have mentioned this briefly in a previous blog that many gluten free breads and baked goods can actually contain a lot of ingredients that many people don’t even recognise. So why are people buying gluten free goods when they don’t even have an allergy or intolerance to gluten? I have actually heard a lot of people mistake gluten for a carb, maybe because a lot of carb rich foods contain gluten. However, gluten is a protein module found in many grains that can’t be digested properly by some people, therefore causing vomiting, bloating and discomfort (to name a few). So unless people truly have a gluten intolerance there really isn’t any point buying gluten free products.  Also, gluten free breads normally contain carbs anyway. However, this raises another question…why are people desperate to cut the carbs?

Another assumption over the years has been that carbs will cause fat gain and this is not exactly true. Without going down a rabbit hole here (as getting into the nitty gritty of how high carb and low carb diets can benefit some people and not others), people generally need carbs for energy, as carbs provide glucose which provides fuel for your body and brain. Some carbs release energy at a slower rate than others but so does bread. Not all bread is refined rubbish, as I have mentioned above, and some bread can be a great source of energy, particularly on training days.

So does bread cause weight gain? Only if you eat it beyond your daily calorie requirements, but that is the case for all foods. It is worth considering that maybe it’s the amount of bread people are consuming in one sitting that is causing bloating. For example a filled foot long baguette is a hell of a lot of food for your body to break down and digest all at once. So, people may not be aware of their portion size, especially bread that needs manually slicing as people may be cutting off far more than their body really needs. In my opinion, if you enjoy bread and don’t have an intolerance to gluten then eat it, just be mindful of the ingredients and how much you actually have.