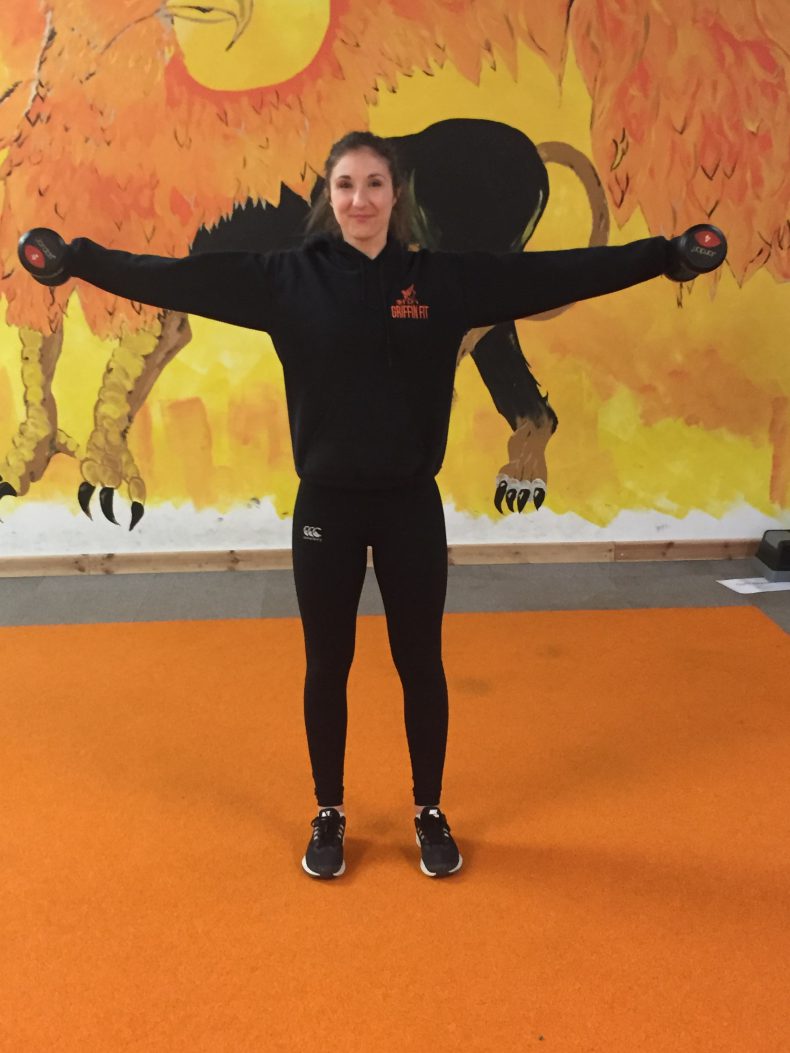 Lateral raises are a resistance exercise which is an effective shoulder-strengthening exercise designed to isolate the deltoids. This exercise can be performed with either dumbbells, kettlebells, resistance bands, cables or a lateral raise machine as follows:

1.       Select the dumbbells best suited for your ability and whilst standing with a straight torso, hold the dumbbells at your side with the palms of your hands facing your hips in an upside down V shape (i.e. your arms should be slightly elevated away from the body).

2.       While maintaining a straight torso in a fixed position (i.e. do not swing the hips or curve the back), begin to inhale and lift the dumbbells from your side with a slight bend in the elbow and continue to raise your arms until your arms are parallel to the floor/in line with your shoulders.

3.       Pause for a second at the top of the movement and begin to exhale as you descend the weights back down to your side and repeat for between 8-12 repetitions.

In order to ensure the body keeps adapting to this exercise there are numerous variations which can be implemented within your training routine as follows:

Incremental – incremental lateral raises essentially refers to the number of pauses you would take during the movement. For example having 3 increments within this exercise would require 3 pauses between the bottom and the top of the movement.

Prolonged pause at the top – by holding a stationary position at the top of the movement for between 3 and 10 seconds can significantly add to the intensity of the exercise while using the same weights you would typically use.