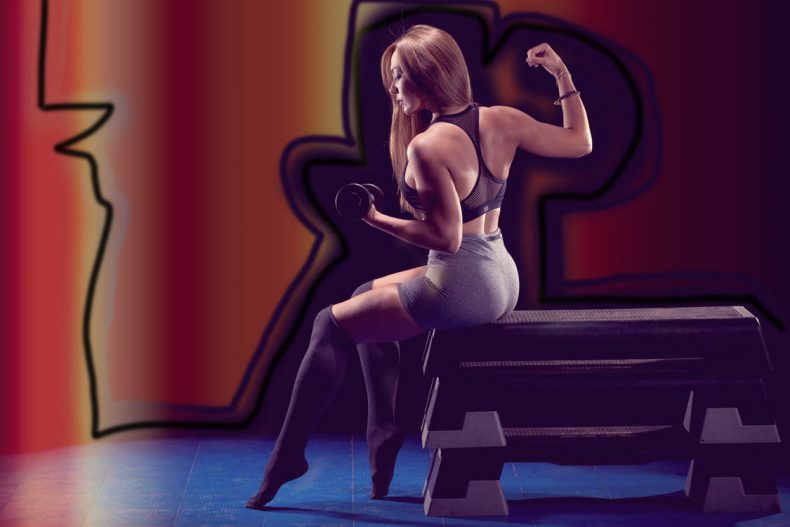 The biceps brachii, more commonly referred to as just the biceps is a muscle which contains to insertional points which cross over the shoulder joint via the elbow. the long head originates at the supraglenoid tubercle above the socket of the scapula. It lies within the intracapsular space but it still remains extra synovial. The long biceps tendon makes a sharp turn at the humeral head and continues its course in the bicipital groove. arises at the coracoid process of the scapula where it partly blends with the origin tendon of the coracobrachialis. The origin of both attachment points crosses the inside of the elbow and attaches at the radial tuberosity, which is a feature on the radius.

The biceps brachii crosses two joints; the shoulder joints, known as the glenoidhumeral joint (GHJ) which contributes to a number of ranges of motion such as flexion, extension, internal and external rotation, abduction and adduction. The second joint the brachii crosses over is the proximal (towards the inner) radialulna joint. Typically, a hinge joint, has fixed ranges of movement consisting of elbow flexion and forearm supination.  In the GHJ, both muscle heads partially enforce opposite movements. The long head pulls the arm away from the trunk (abduction) and turns it inwards (inward rotation). Whereas the short head pulls the arm back towards the trunk (adduction). In the elbow joint the muscle bends the forearm (flexion) and rotates it outwards (supination). The supination is most powerful in a flexed elbow. In addition to the movement functions, the biceps has the important task to support the humeral head within the shoulder joint.

However, training these in an isolation fashion often activates the short head due to the constant flexion of the elbow. Activation of the long head, however, can be activated with the combination of elbow flexion and partial shoulder flexion.

Therefore, here are some isolation exercises to activate both the short head and long head simultaneously.
Take a look at these techniques and give them ago